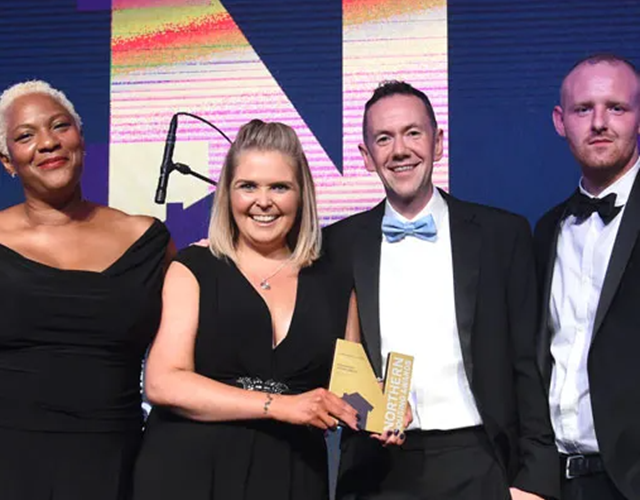 Three Sixty have been shortlisted at the 2022 Northern Housing Awards. In one of the more hotly contested categories, Contractor of the Year, the shortlist is recognition of the excellent year that the company has had to date and commends the work that Three Sixty have done in the past twelve months to improve the quality of housing in the North.

The Contractor of the Year category is an all-encompassing celebration of the work that contractors do in the North, building up communities and supporting them with an increased standard of living through their construction projects. Among the work that Three Sixty have done – especially with regards to environmentalism and with occupiers in mind – the Holly Avenue developments stand out as an example of the excellent work that the company has been involved in during the past year.

The Northern Housing Awards celebrate the affordable housing providers in the region and demonstrate some of the exceptional work that companies have been doing in what has been a difficult year for construction amid disruption and challenges across the sector.

John Bowker, Executive Director of Operations at Three Sixty, is also a judge for other categories at this year’s awards and understands the strict competition that Three Sixty has faced in being nominated.

John said, “Having been a judge for other categories at this year’s Northern Housing Awards, I know that Three Sixty’s nomination for Contractor of the Year is a great achievement, and one that everyone at the company can be especially proud of.

“I’d like to thank everyone who’s been involved in making this happen, and to the Northern Housing Awards for their recognition of the hard work that we’ve put in this year, and to ensure that we build on this nomination to keep making affordable housing the best quality that it can possibly be.”