Ahead of Housing '21, here's a quick guide to the social housing industry.

What is social housing?

Social houses are provided by housing associations or local authorities, who are the landlords of those properties. They are more affordable places to live and deliver more secure, long-term tenancies for those in need. According to “It’s not okay, A guide to tackling stigma in social housing” by CIH from August 2020, 3.9 million households live in social properties, that’s 17% of the population in the UK.

Why do we need social houses?

We can see a housing crisis all around us – not enough houses are being built, especially social and affordable housing for those in need. The prices are rising, and properties are more expensive than ever, and we’re not talking only about buying. Renting a home is cheaper than buying for the first time in six years, but the prices are extremely high too.

As reported in “The homelessness monitor: England 2021”, in 2019/2020, 305.000 single people, couples and families registered homelessness applications in local authorities. In the longer term, the largest projected impact on reducing core homelessness would result from a large expansion of the social housing supply.

Social housing white paper was published in response to the catastrophic fire at Grenfell Tower, which happened in 2017. Many believe that this could be prevented by landlords actually listening to tenants living in this social block. The white paper establishes a new charter for social housing residents, so they all should:

But the white paper is not only about setting the charters but also about ensuring landlords following them. The government set up a measurement scheme and decided to work with the Regulator of Social Housing to create a strong and proactive consumer regulatory regime.

Many people living in social houses experience stigma because of the place they live.

The stigma isn’t a new term. Since the beginning of social housing in the ‘20s there have been negative connotations attributed to people living there. But it started long before the idea of social housing was made. For centuries, all around the world, people who are less wealthy have been stereotyped as needy.

The causes are various, but they include the media representation of social housing and people who live there, housing policy promoting ownership as superior to renting, but also social housing providers and workers who use inappropriate language while talking to or about social tenants.

The government acknowledged it in the green paper in 2018, a new deal for social housing, and then widely exposed in the white paper.

Tackling the stigma in Three Sixty

Since our inception, we've worked with social housing properties, so we can see the positive impact it has on the tenants and how tenants contribute to local communities.

In our everyday work, we’re taking various activities to tackle the stigma.

We’re a part of Stockport Homes Group, the biggest landlord in Stockport, who manage many social houses in Stockport. We always listen to the tenants, as we understand that they know what they need. In one of our most significant social blocks, Millbrook Towers, our employees have an office, so the tenants can always come and be listened to.

We give repair appointments in a broad timescale, as we respect the tenants. We understand that they have their own lives and responsibilities, and we know that most of them are employed.

We respect the tenants. Many people living in social houses complain about negative assumptions made about them not only by people from other neighbourhoods but also by the staff and contractors. We train our employees to understand that tenants are at the heart of what we’re doing and that they should always listen and act to their concerns. Check out what Billy Gill, who lives in Oaktree Court, a social house where we replace the bathrooms, said about our team.

We are always working on the highest standards to make sure that tenants are safe in their homes. One of the projects we undertook was the installation and certification of Fire Doors in Millbrook Towers. Many residents who received the new doors complimented the speed of the works and how they feel more comfortable with peace of mind knowing their door was safe and secure. Read more about the project here. 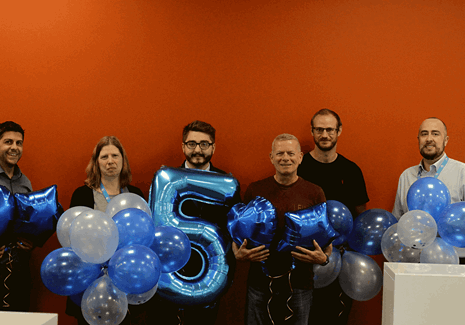 We turn 5 years old and celebrate with a prestigious nomination!
Read article 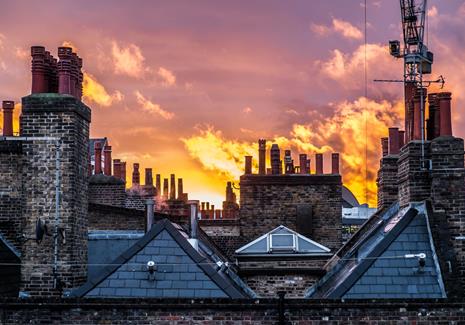 Quick guide to Net Zero in the housing industry
Tagged: